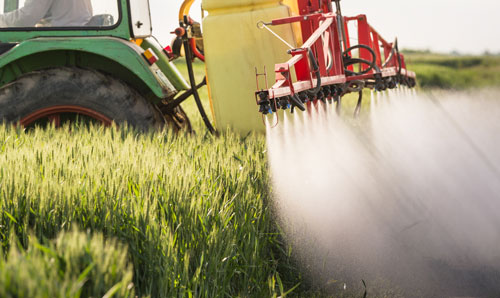 [Alert] Your Food is COVERED In Poison

When I was growing up, hardly anyone had a gluten sensitivity. Folks just ate as much wheat as they wanted.

Today, words like gluten sensitivity and celiac disease are being tossed out like the new “disease du jour.”

And it turns out there’s a sinister reason for this modern ailment.

You see, gluten ISN’T the problem.

Instead, it’s a common poison that’s COVERING your food.

Here’s what you need to know.

I hope you’re not one of the millions of Americans dealing with gluten issues.

If you are, you’re all too familiar with the stomach aches, bloating, diarrhea, fatigue, muscle cramps, skin problems, depression, and other random symptoms that can be caused by eating foods containing gluten.

Gluten sensitivity is basically an allergy to the protein gluten that is found in wheat, rye, and barley. This is different from celiac disease, which is an autoimmune disorder in which gluten damages the small intestine.

So what’s causing the sudden uptick in gluten issues?

According to a study published in Interdisciplinary Toxicology, it’s because you’re getting poisoned.

The study found a clear link between a chemical called glyphosate and the increase in gluten sensitivity and celiac.

If glyphosate sounds familiar, it’s because it’s the main chemical found in the weed killer Roundup—the same chemical on the hook for causing cancer.

Glyphosate is routinely found in wheat and other crops, and it’s also used to help cane sugar (an ingredient in practically every packaged food product) ripen faster.

This toxin is used on and found in practically every food in the food supply—and studies done on urine samples have shown that it ends up in your body as well.

Don’t hold your breath waiting for the government to step in on this issue.

Uncle Sam is in cahoots with Monsanto, so the government keeps insisting that using this chemical in the food supply is perfectly safe.

Tell that to the people suffering—and dying—from overexposure to this toxin.

For now, the best way to avoid glyphosate is to buy organic foods because the chemical has been banned in organic farming.

You might not be able to avoid it entirely, but the less you get of this stuff, the better.