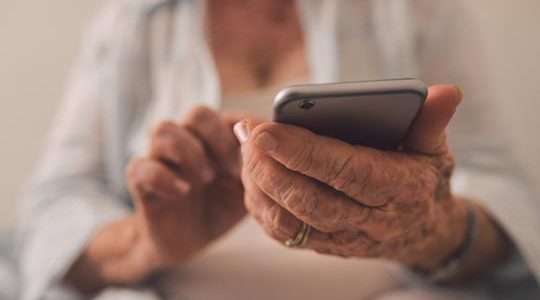 No good deed ever goes unpunished.

The same is true for technology. So many of new inventions that are supposed to make our lives better can ultimately harm us in some way… especially when it comes to our health.

There’s one particular device that has become so popular in recent years that it’s estimated 80% of Americans own one.

The government has assured us it’s perfectly safe… but science tells a different story.

Here’s what they’re not telling you.

I don’t know about you, but I don’t know a single person who doesn’t own a cell phone. Most people use them all day every day—and not just for talking on the phone.

Searching the Internet, using GPS, taking pictures, playing games… there’s not much these devices can’t do.

But all of that convenience comes at a price.

You see, cell phone radiation emits from your phone, cell phone towers, wireless networks, laptops, and more. You can’t see it, but it’s a silent, invisible threat to your body.

The government continues to insist that EMFs (electromagnetic waves) are harmless, but the studies are stacking up that would indicate otherwise.

Here are the top 8 problems associated with EMFs.

Does this mean you should toss your cell phone? That’s for the best, but it’s also highly unlikely. Instead, just be smart about your cell phone use.

Don’t carry your phone close to your body. Text rather than call when possible. Use the speakerphone option (or a headset) rather than holding the phone up to your ear.

Or best of all, stop using your cell phone so much try to connect more with people in person.