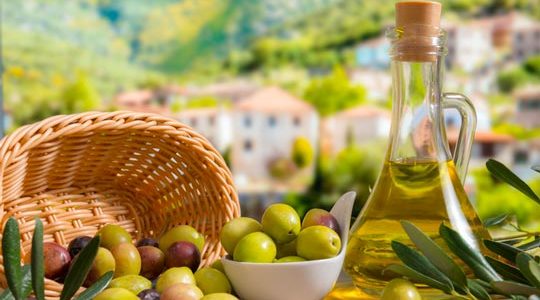 The Sicilian Secret to Living LONGER

The anti-aging industry is the next Big Business.

Companies are only too eager to capitalize on people’s obsession with looking and feeling young.

But you don’t have to spend your retirement money on expensive injections, pricy pills, or experimental treatments to see real results.

Because there’s a way to live a longer, healthier life without sacrifice.

And it’s all thanks to this Sicilian secret.

If there ever was a fountain of youth, it wouldn’t be overflowing with water. It would be filled with a thicker liquid with a tint of gold…

Scientists have touted the benefits of following a Mediterranean-style diet for years. People who follow this eating style tend to have lower rates of cardiovascular disease, less hardening of the arteries, and lower rates of cancer.

But it has only been recently that they have honed in on exactly what makes it so good for you—and olive oil is right there at the top of the list.

The most impressive studies show that consuming more olive oil can actually help you live longer.

One particular study that followed over 40,000 people for four years found that people who consumed olive oil regularly had a lower mortality rates, plus lower rates of having a heart attack or stroke.

It can help reduce the risk of type 2 diabetes – one study showed by over 40%! – because of its beneficial effects on blood sugar and insulin sensitivity.

It’s a powerful anti-inflammatory, which makes it beneficial for reducing joint pain and morning stiffness in people with rheumatoid arthritis.

People who consume lots of olive oil have a reduce risk of osteoporosis because it increases osteocalcin and collagen synthesis.

It can also help combat photoaging… which means in addition to making you feel younger and healthier, it’ll help you LOOK younger, too!

You can see why olive oil could be considered the modern-day fountain of youth. To get all of these health benefits, make sure you’re consuming extra virgin olive oil.