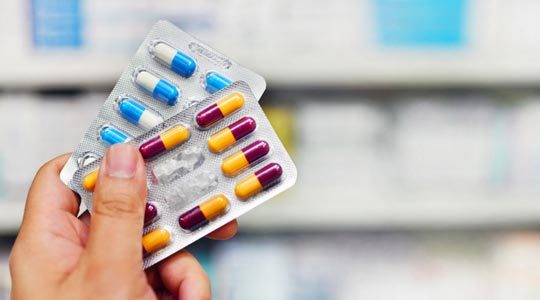 I have good news and bad news when it comes to colon cancer.

The good news is that this disease is killing fewer people these days.

The bad news is that it’s still the second leading cause of cancer-related deaths in both men and women.

And we still have a long way to go when it comes to preventing this type of cancer to begin with.

To do that, we have to know what’s causing it—and scientists have just identified a culprit in an unlikely place…

It’s in “safe” drugs that are considered the greatest invention of the 20th century.

There’s no doubt that penicillin and other antibiotics have saved countless lives since their development over 90 years ago.

And just about anyone in mainstream medicine will tell that it’s 100 percent SAFE.

But I’m here to tell you it’s NOT.

The overuse and misuse of antibiotics have paved the way for antibiotic resistance—which could ultimately render penicillin and ALL antibiotics USELESS against so-called superbugs.

In addition, we’ve learned that antibiotics destroy the good bacteria in your gut, and allowing the bad bacteria to take over.

So, what does this have to do with colon cancer?

The latest research shows that bad bacteria in the gut could be the ROOT CAUSE colon cancer.

And what does that have to do with antibiotics?

Well, antibiotics contribute to an abundance of bad bacteria in the gut.

In a study published in the journal Gut, researchers found that people who used antibiotics had a slightly increased risk of developing colon cancer.

This was especially the case with antibiotics that have anti-anaerobic activity—like penicillin. In fact, of all the antibiotics tested, penicillin had the strongest association with the increased colon cancer risk.

That’s not surprising since this type of antibiotic targets bacteria specifically in the gut.

The more days people were on the antibiotics, the higher the risk for developing colon cancer.

The point here is NOT that antibiotics are bad. It’s that they need to be used with care… which means ONLY when you really need them, ONLY for as long as you need them, and ALWAYS for the full length of time prescribed).

And since we know that they do a number on your gut bacteria, but sure to follow any dose of antibiotics with probiotics to replace the good gut bacteria that were killed off with the drug.