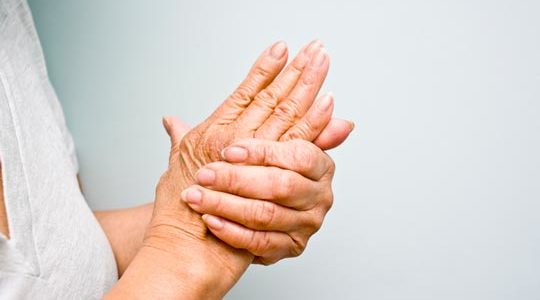 When it comes to what causes rheumatoid arthritis (RA)… your mainstream doc points the finger at lots of things.

Your diet… your weight… and even your genetics, just to name a few.

But the truth is they need to point that finger at themselves.

Because new research shows that a certain conventional drug can put you on the FAST TRACK to this painful disease.

Here’s how to avoid it.

I don’t mean to paint antibiotics in a bad light. I truly believe that they have saved countless lives in the almost 100 years since their discovery.

But every drug—no matter how beneficial it is—comes with something called collateral damage.

You aim for one target (the bacteria), but in the process, you’re going to injure something else.

In this case, antibiotics DESTROY your microbiome, the community of trillions of bacteria that live in your intestines.

You see, 80 percent of your immune system is located in your gut, so having a healthy microbiome (with lots of good bacteria and few bad ones) is a key to maintaining your overall health.

In recent years, more and more studies show that an unhealthy microbiome actually plays a role in inflammation –– the key driver behind RA.

Based on all of these connections, this recent study set out to find out if antibiotics –– which negatively impact your microbiome –– play a role in rheumatoid arthritis.

And boy… DO THEY.

The researchers studied over 100,000 people (some with RA and some without) and followed them for 10 years.

They found that people who took antibiotics were 40-80 percent more likely to develop rheumatoid arthritis than people who had never had antibiotics. Specifically…

Three or more courses increased the risk even more.

It also didn’t matter if you had received antibiotics in the past one or two years, or if it was closer to 5-10… there was still an increased risk.

So the next time your mainstream doc tries to give you antibiotics, make sure you REALLY need them.

And be sure to follow the full course and supplement with a quality probiotic, which will help restore the good bacteria in your gut that were wiped out by the antibiotic.