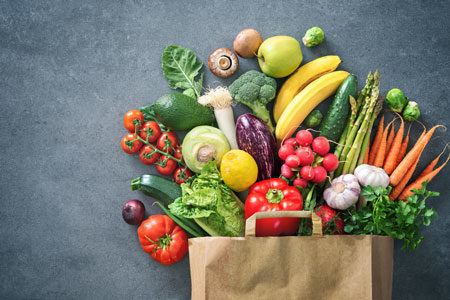 Want to Live Longer? Make this ONE Change

I have good news and bad news.

The bad news is that there is no magic bullet when it comes to living longer and beating disease.

The good news is that you can make one simple lifestyle change—starting today—that will help you LIVE LONGER and BEAT DISEASE.

It’s not fancy, and it’s not found in a pillbox… but it WORKS.

Here’s what you need to know.

It’s no secret that fruit and vegetables are good for you.

But just how good they are for you is the news of the day.

Because according to a study published in Nature Communications, including more fruits and vegetables in your diet can help you LIVE LONGER and STOP major diseases like heart disease and cancer.

The researchers took data from three major health cohorts that involved over 56,000 people and followed them for 23 years.

They were evaluating the impact of plant chemicals – called polyphenols – found in fruits and vegetables (they’re also in chocolate, tea, and red wine).

But could eating more of them help prevent major disease?

In short, the answer is a big fat YES.

At the end of the study, researchers concluded that eating more polyphenol-rich plants can SLASH your risk of dying from ANY disease… including heart disease and cancer.

The magic amount of polyphenols for this Teflon-like protection against disease was 500 mg per day.

But you don’t have to eat kale all day long to achieve these benefits. To put that in perspective, 500 mg is the equivalent of consuming:

Anyone can do that—and in fact, everyone SHOULD be doing that.

It’s as close to a magic bullet for your health as you could hope for.