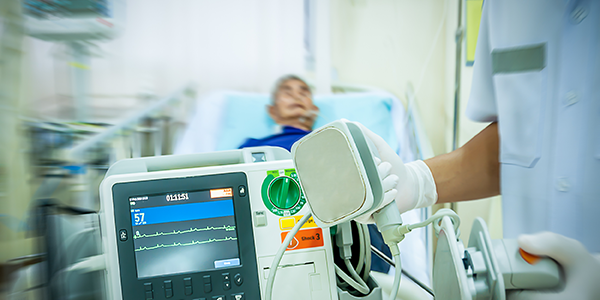 When 56-year-old Daniel Krieg checked into the University of Pittsburgh Medical Center for a kidney transplant, he knew what a risky surgery it was.

And, sure enough, just days later he was dead.

But it wasn’t the kidney transplant that killed him — it was something else he’d taken home from the hospital instead.

You see, Daniel was the latest victim of a rash of hospital deaths that we were never supposed to know about.

In fact, our own government spent more than half a year covering it up.

There have been at least five people (Daniel included) who were apparently killed by mold-infected bedding at the University of Pittsburgh’s Presbyterian and Montefiore campuses.

Both the hospital and the government knew about the problem – and it looks like they kept it under wraps while more people died.

You see, the University of Pittsburgh Medical Center commissioned a report last May after the first three deaths, to see what was going on. They discovered the sickening mold problem, and the report was even submitted to the Centers for Disease Control and Prevention last summer.

And that’s when the CDC did what it does best. Absolutely nothing.

And trust me — the things that were revealed in this report would turn your stomach.

I’m talking about a buildup of filthy mold on dryer vents and a cart of wet sheets delivered to the Montefiore hospital that was covered in “heavy fungal growth.”

These are the same sheets they were wrapping old, sick, and immune-compromised patients like Daniel Krieg in! Are you kidding me?

And here’s the worst part. At the time the report was filed last year with the CDC, there had been three deaths.

But as the hospital and the CDC both sat on the information, two more people died – Daniel included.

And who knows how many more patients ended up sick but not dead due to the mold on the linens at the hospitals?

Plus, I think we’d all like to know how long our government would’ve kept this hidden from us if the report hadn’t accidentally surfaced this month.

We were never meant to find out, and neither were the victims’ families.

How do these people sleep at night? In their own mold-covered sheets, I hope.

Now, some people want you to believe that mold is commonplace, and most people aren’t susceptible to infections. But in a hospital, this simply isn’t the case.

For immune-suppressed patients, such as people getting transplants or chemotherapy, mold poses a serious threat.

We trust hospitals with our lives! It shouldn’t be too much to ask that the bed sheets and pillows be free from deadly mold that could end up killing us.

To prevent this kind of tragedy in your life, make sure to stay up-to-date on your hospital’s health and safety reports and ask for clean linens whenever they seem damp or you suspect mold.

Being a squeaky wheel could end up saving your life.