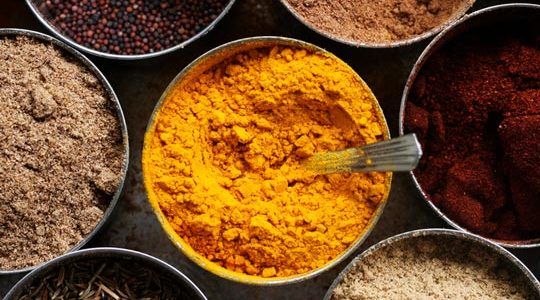 Big Pharma’s has done everything in their power to drug the entire adult population… and now they’ve shifted their focus to your kids and grandkids.

The government has forced kids to sit still in classrooms for eight hours a day. Those same kids are then loaded with sugar and carbs all day long.

And then when they’re get antsy and hyper, the medical community wants to diagnose them with a condition and put them on prescription drugs.

It’s nothing but a racket.

But your kid or grandchild doesn’t have to be their next victim.

Because there’s a golden spice cure for ADHD that can help keep your kids off the prescription drug merry-go-round.

For a lot of children, “bad” behavior wouldn’t be an issue with less sugar and more discipline.

But having said that, there are some kids who have a legitimate diagnosis of attention deficit hyperactivity disorder (ADHD). This chronic condition causes children (and adults, too) to have difficulty sustaining attention, to be hyperactive, and to have impulsive behavior.

And at this point, about 5% of American kids have been given this diagnosis. That’s about six million kids.

I want these kids to get the help they need, but what I DON’T want is for them to be drugged for life.

Yet most of these kids are taking an ADHD drug—the most commonly prescribed of which is Ritalin.

The problem is that the drug comes with side effects like agitation, sleep problems, stomach pain, loss of appetite, weight loss, anxiety, headaches… and in really serious cases, addiction, psychosis, and stunted growth.

But there are natural ways to help children with ADHD—and one of the latest discoveries is the use of the spice saffron.

Previous studies show that saffron has antidepressant effects, and saffron has been used in traditional medicine for ages for its psychotropic effects.

Now researchers wanted to see how it stacked up against the go-to treatment for ADHD: Ritalin.

This randomized, double-blind study included 54 children. Half took Ritalin, while the other half took just saffron.

BOTH treatments led to significant improvements in the Parent ADHD Rating Scale scores in just 3 weeks.

And by week 6, you couldn’t tell the difference between the two groups.

If you have a natural option that works—while protecting you from the side effects and possible dependency of the prescription drug—that’s a no-brainer in my book.

Especially when it comes to your children.