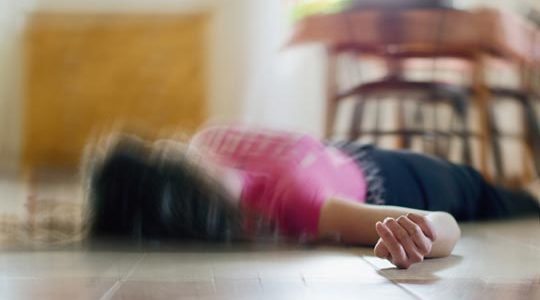 For years, the mainstream has been blaming your heart problems on everything they can think of.

They’ll point the finger at your age… your diet… and even your genetics.

But what if I told you that the REAL cause of your heart problems has nothing to do with any of these factors?

And it’s probably in your house right now!

I’m talking about your television.

Sure, watching your favorite game show or the evening new is harmless.

But if you’re spending your hours glued to the tube, your heart could be in serious trouble.

You see, a study from scientists at the University of Minnesota warns that too much time spent sitting in front of the television can lead to DEADLY blood clots.

For the research, scientists analyzed the sedentary habits – like watching TV– and blood clot status of more than 15,000 Americans.

At the end they found that people who watch television for long periods DOUBLE their risk of  developing a dangerous blood clot.

These blood clots – called venous thromboembolism or VTE – are caused by sitting for long periods of time which impairs the circulation in your legs and feet.

And they are so dangerous for your heart because they can break loose from your veins and circulate elsewhere in your body.

Eventually, that clot could make it to your heart… cut off your blood supply… and cause a SERIOUS heart attack.

The best way to avoid these clots is to stay active.

So, if you’re spending more time on the tele than you think you should, it might be time to find a new hobby like pickleball or birdwatching.

Or at the very least, be sure to take a break between shows. Go for a short walk or do a few chores… anything to get your blood flowing.