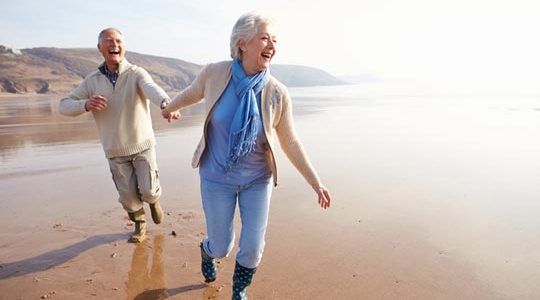 Too many people will tell you that how long you live or what diseases you get are based on your parents and grandparents.

But your genetics aren’t EVERYTHING.

The truth is you have more control over your life and health than you think.

And the activities you do (or don’t do… the foods you eat (or don’t eat)… determine how long you live.

Now researchers have found one simple activity that increases your lifespan by up to 70 percent.

Even better? It’s something almost EVERYONE can do.

Everyone knows that exercise is good for you.

That’s what the authors of a recent study published in BMJ wanted to find out. And it turns out…

You don’t have to run yourself ragged in the gym to get the benefits of exercise.

In fact, you don’t have to technically “exercise” at all.

The study included over 36,000 adults averaging 62 years old. The individuals wore accelerometers for up to a week, and then the researcher tracked them for about six years.

The results showed that ANY ACTIVITY AT ALL—regardless of the intensity—was tied to a lower risk of dying during the six years of follow-up.

In fact, about FIVE TIMES more people died in the least active group compared to the most active.

If that doesn’t make you want to get up off the couch, I don’t know what will!

Actually, this could help spur you into action too…  As good as movement is for you, LACK of movement is equally bad. They found that people who spend 9.5 hours a day SITTING are much more likely to die sooner than their active counterparts.

I am very encouraged by these results—and I hope you are too.

I know too many seniors who don’t do ANY activity because they can’t do MUCH activity.

This study shows that you don’t have to work out long OR hard to get the benefits of simply getting in some movement every day.